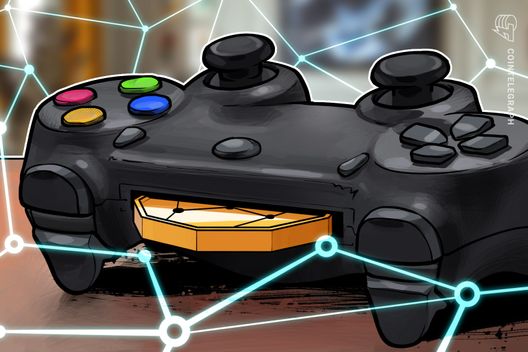 The Danish parent company of game engine developer Unity has applied for a patent related to in-game cryptocurrency tokens, documents from the United States Patent and Trademark Office revealed on March 5.

Unity Technologies, whose software its CEO says is used by about half of the world’s video games, is now targeting missing links in the in-game token market.

“There are currently no known ways to assign objects (both physical and virtual) to unique identifiers and allow those objects to be altered, transferred, swapped, exchanged, traded, given, and associated with a location,” the patent’s description reads:

“There is no common platform or standard of understanding on how this could be done across users, applications and environments where the tokens and their associated objects can then be manipulated by applications or users in order to form collections and trigger events based on object transformations.”

This week, digital asset tokenization startup Enjin released a dedicated software development kit (SDK) for Unity, which will allow Unity developers to create, integrate and manage the distribution of ERC1155-compliant tokens on the Ethereum (ETH) blockchain.

Enjin’s announcement of its SDK also points out that game asset tokenization enables interoperability, letting players use their virtual items in multiple games.